We crossed the border before noon. The line was long but it took only about 25 minutes to get through. I have an assortment of iPhone and Sabrina’s photos. As much as I love Sabrina, my iPhone is most of the time faster and easier to reach. 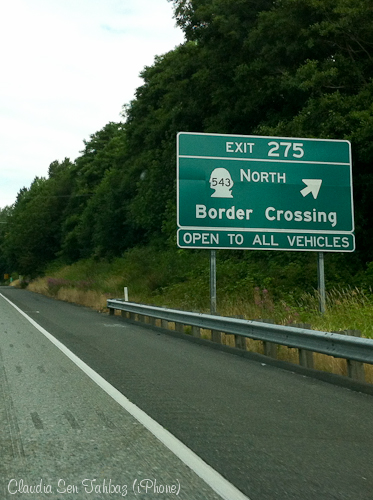 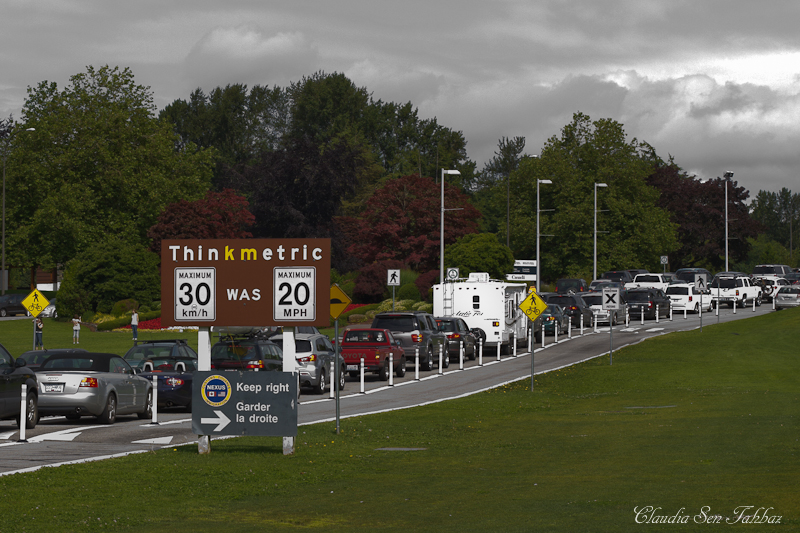 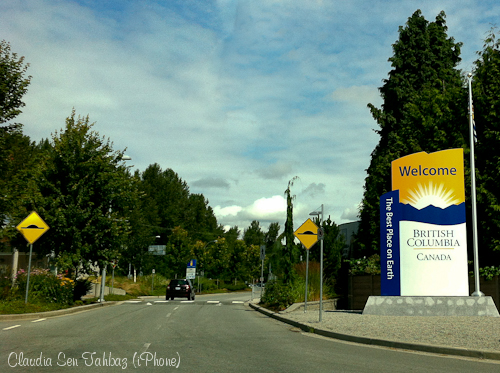 As we were getting closer to the city. 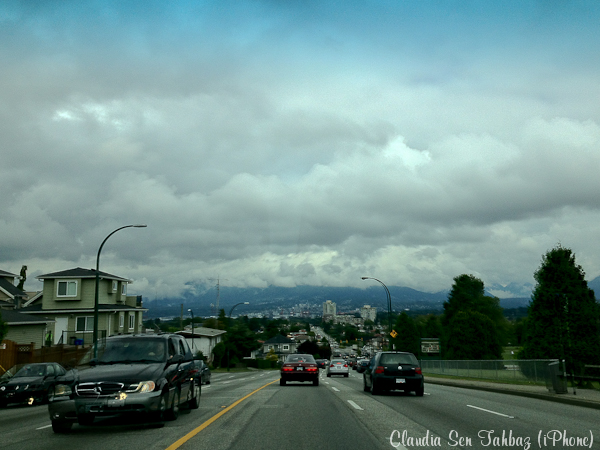 We saw this group of people as soon as we started walking, after checking in at the hotel. They caught my attention because my mother teaches Qigong. I couldn’t get the entire sign because it was very crowded but it said: Stop the persecution……later on I looked on-line and this is what I found http://en.wikipedia.org/wiki/Persecution_of_Falun_Gong

I do not support or am against this group, it is just something new I learned and wanted to share. 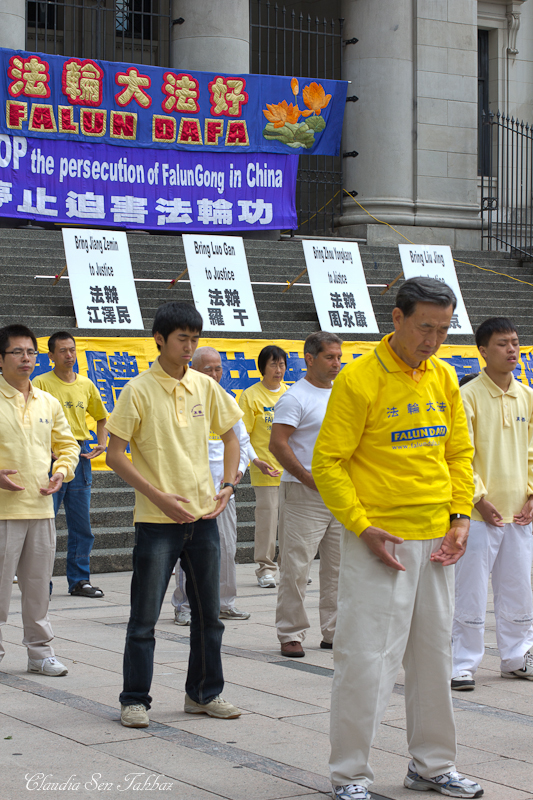 We also saw a group of Mexicans Protesting about the results of the Mexican elections while we were riding in a taxi but I didn’t have time to take a photo. 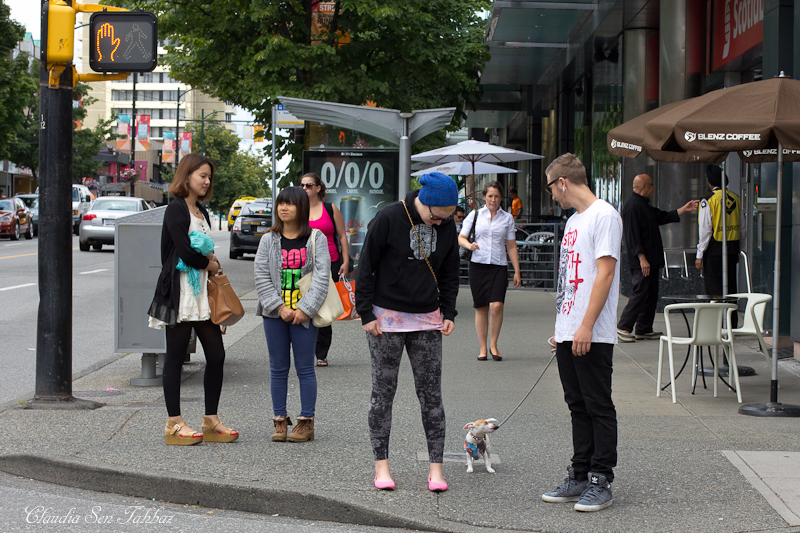 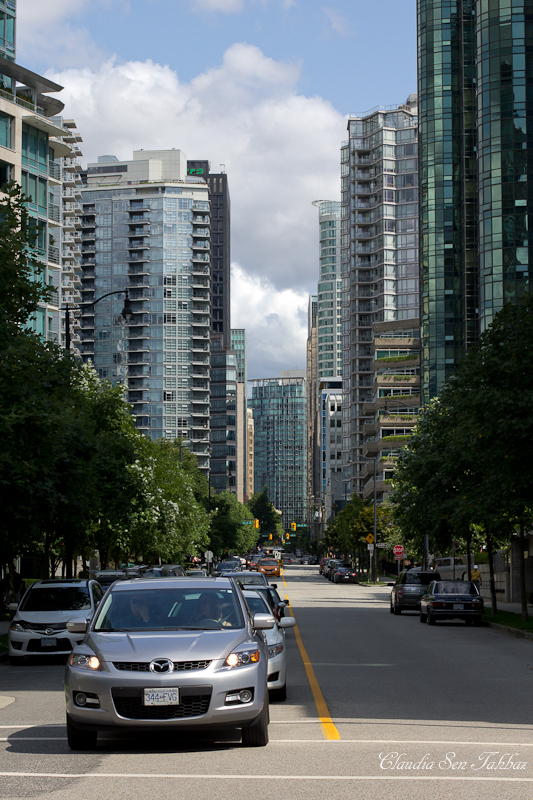 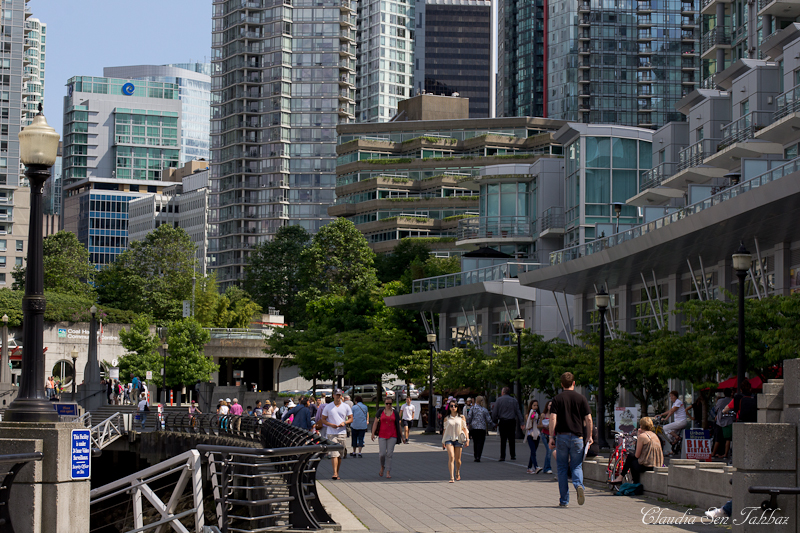 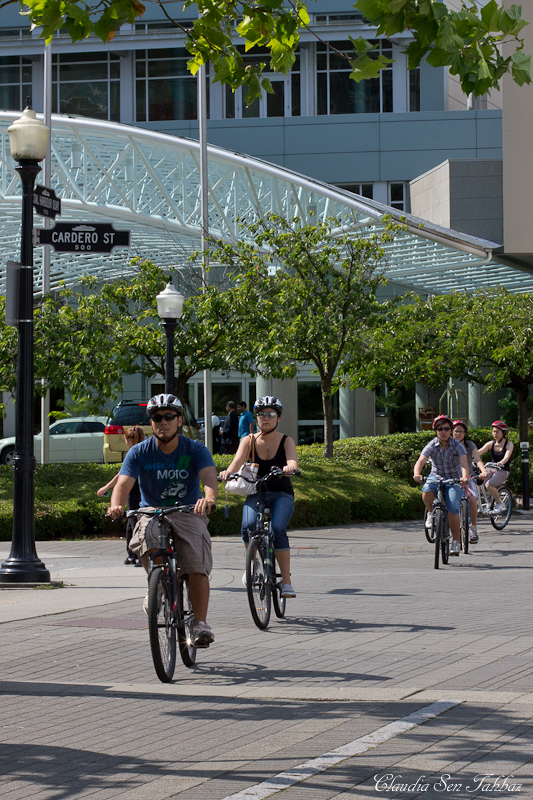 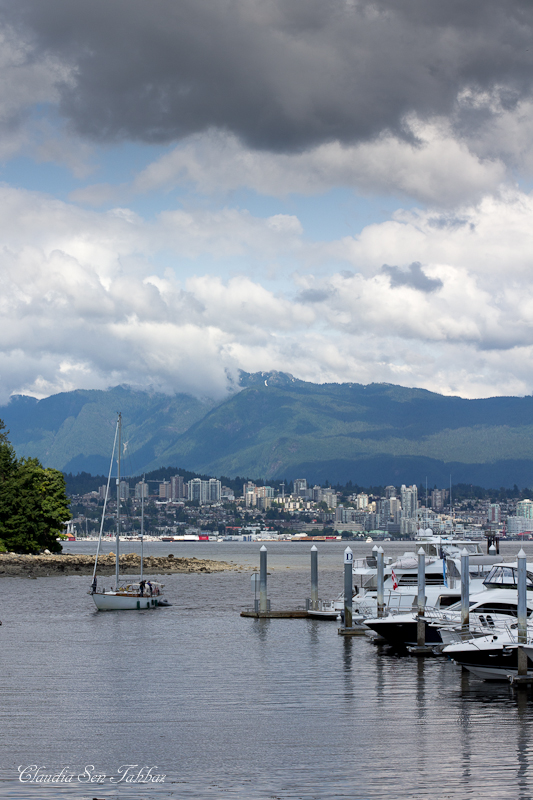 These photos were taken from Granville Island. It’s the view from the farmers market. 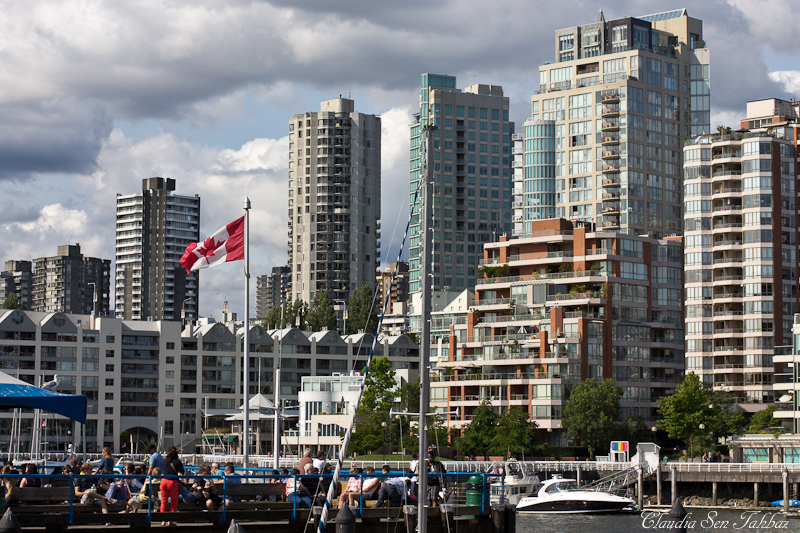 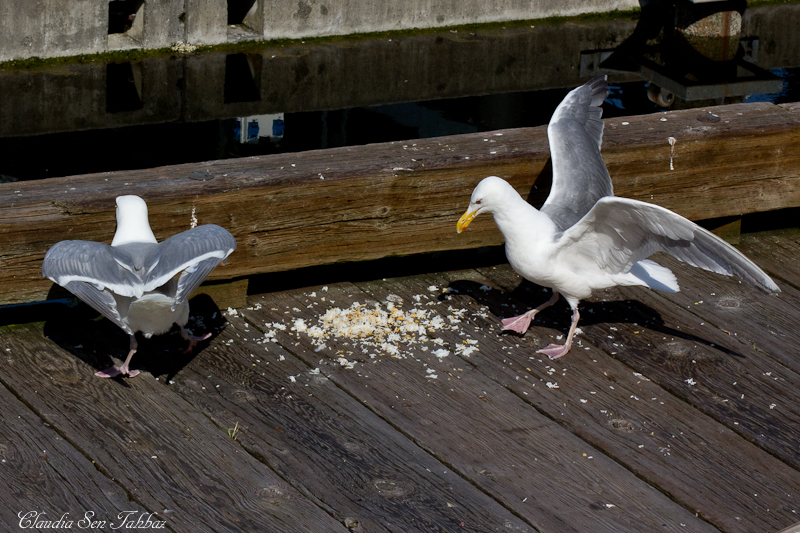 This is Burrard Bridge. The market was very crowded. 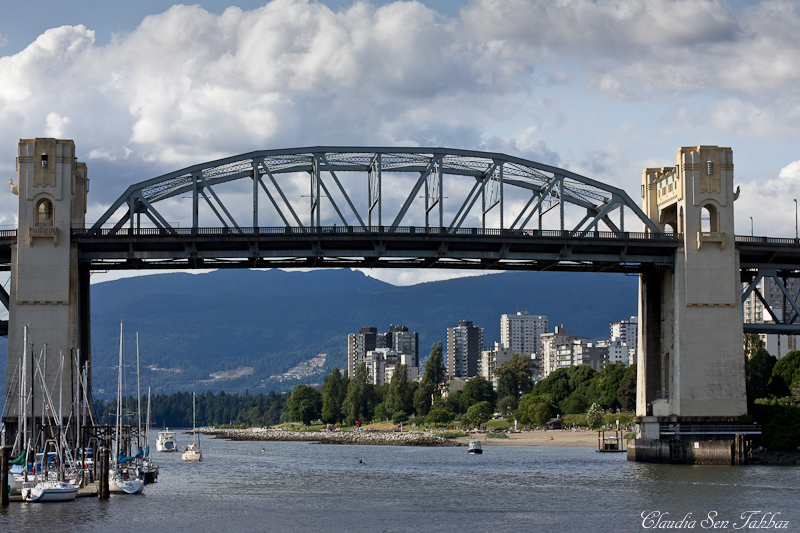 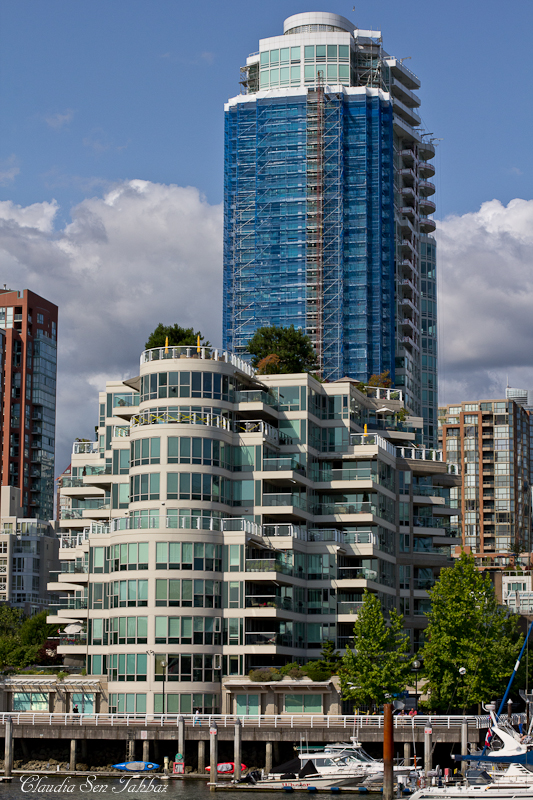 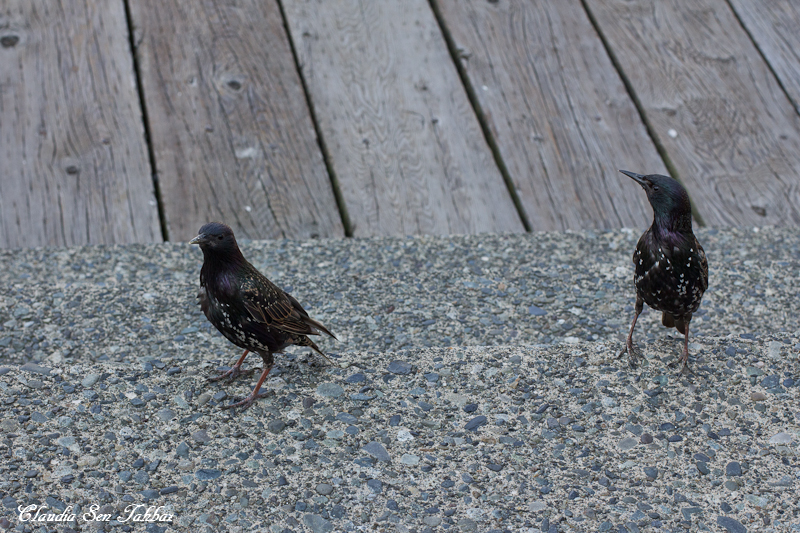 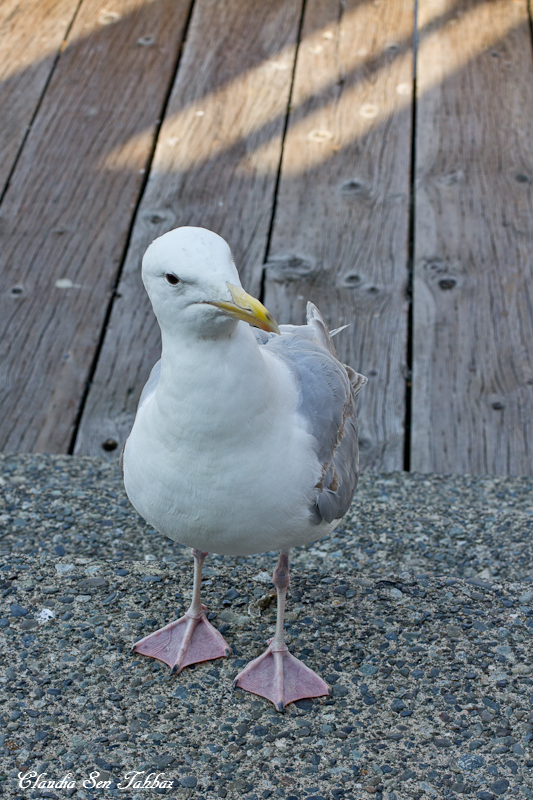 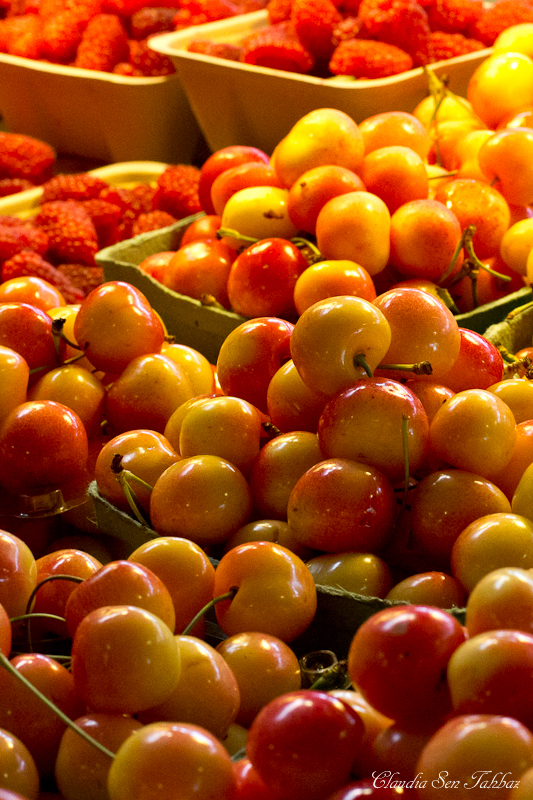 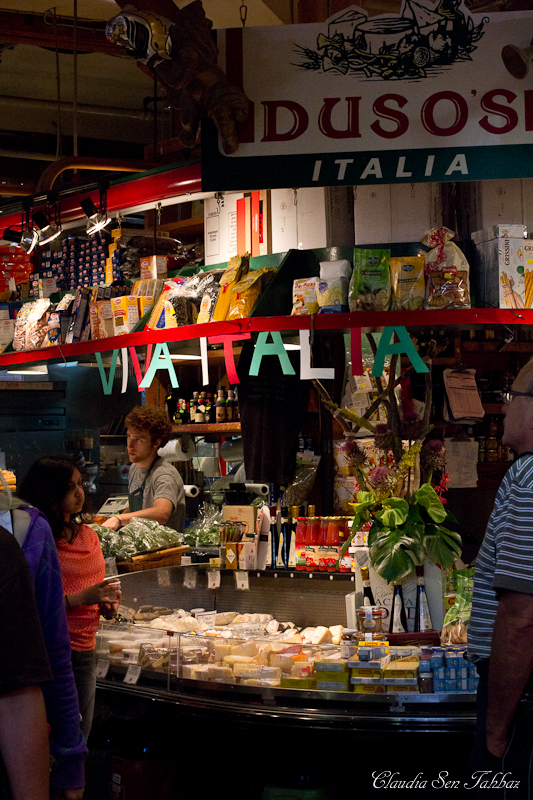 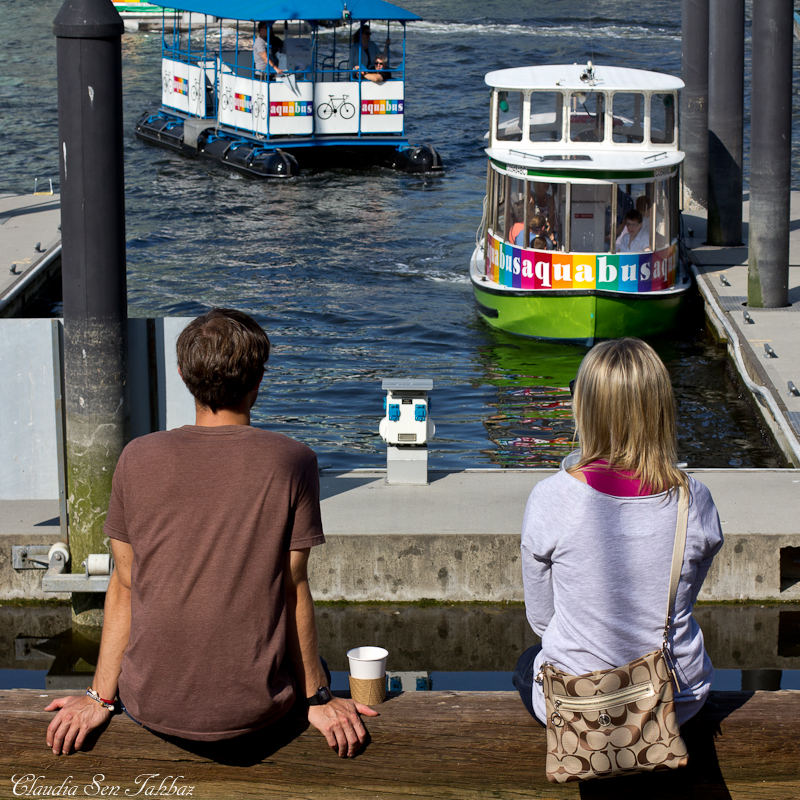 We tried the Smoked Candied Salmon, it was OK but not something I would buy again. I guess it’s one of those foods you have to grow up eating to like. 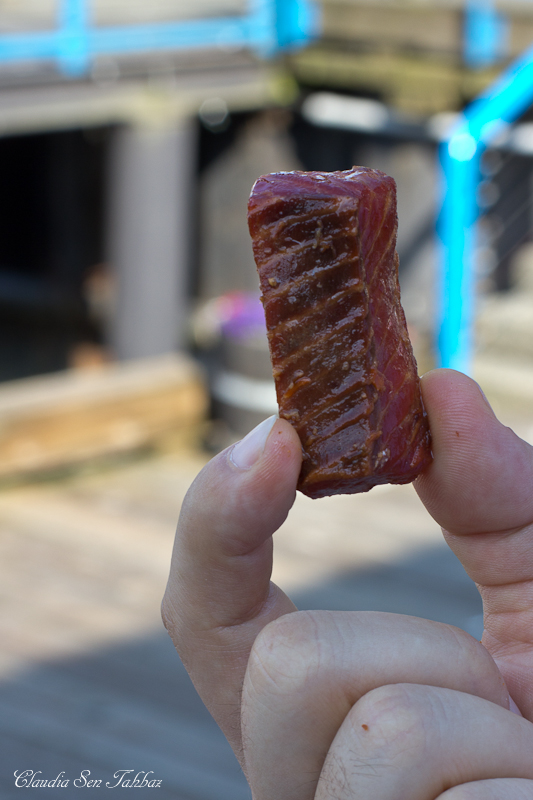 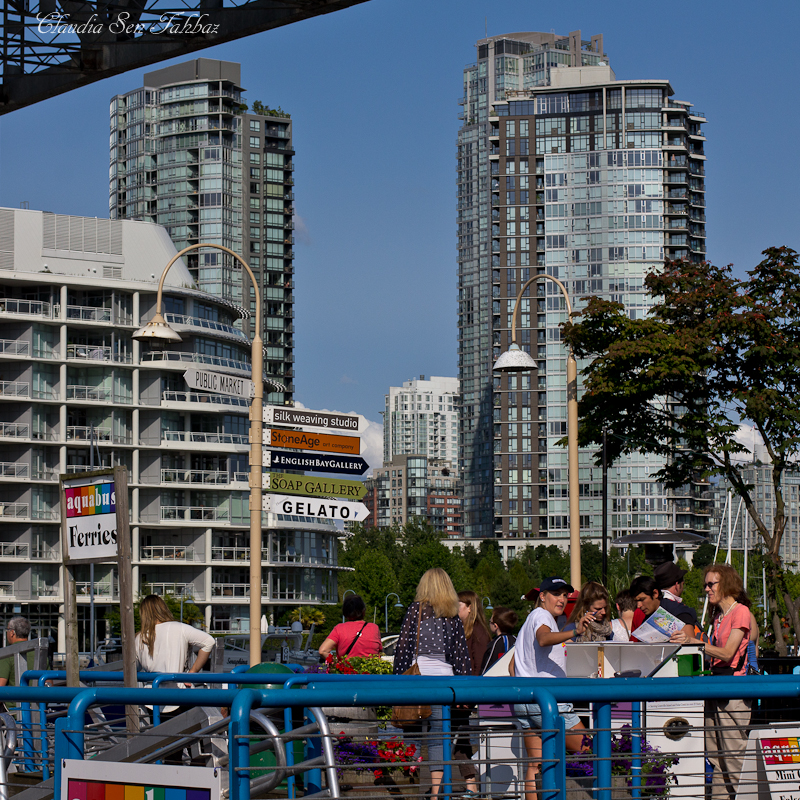 We took the Aquabus to go back to Yaletown. The next set of photos were taken from the Aquabus. 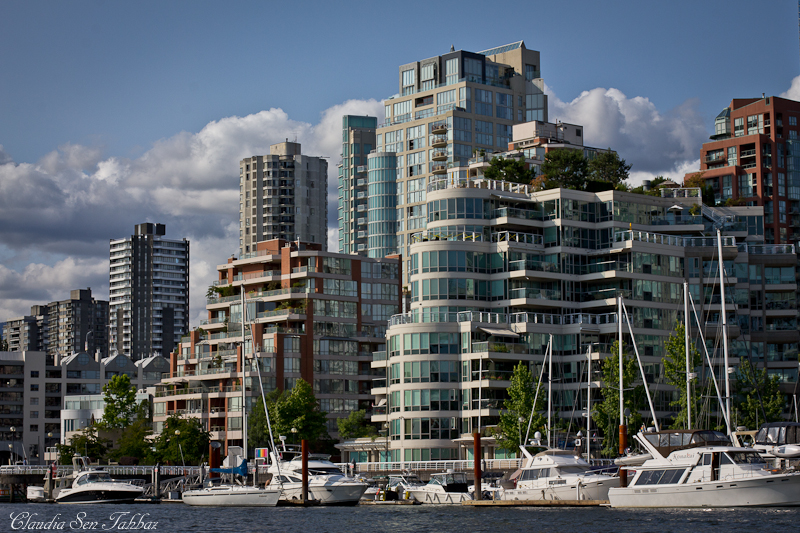 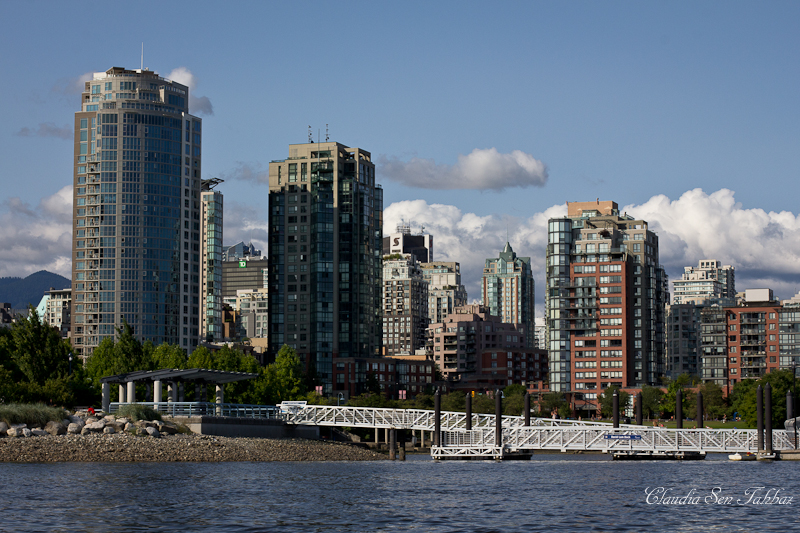 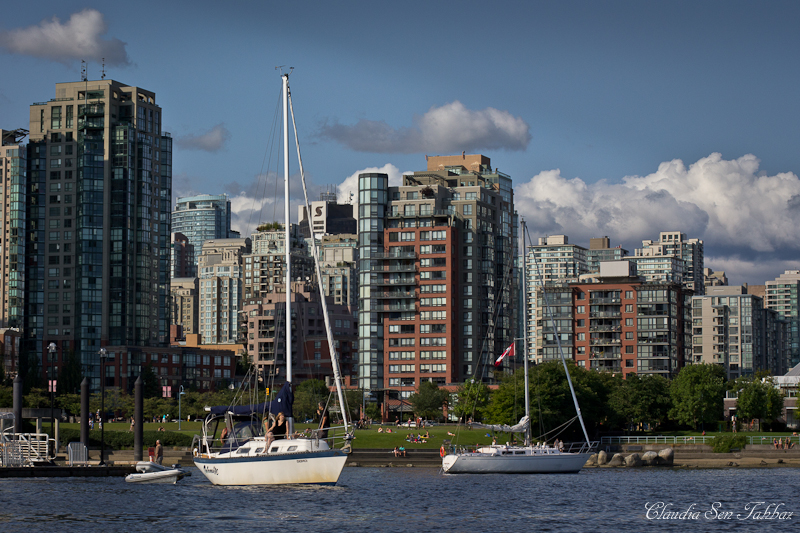 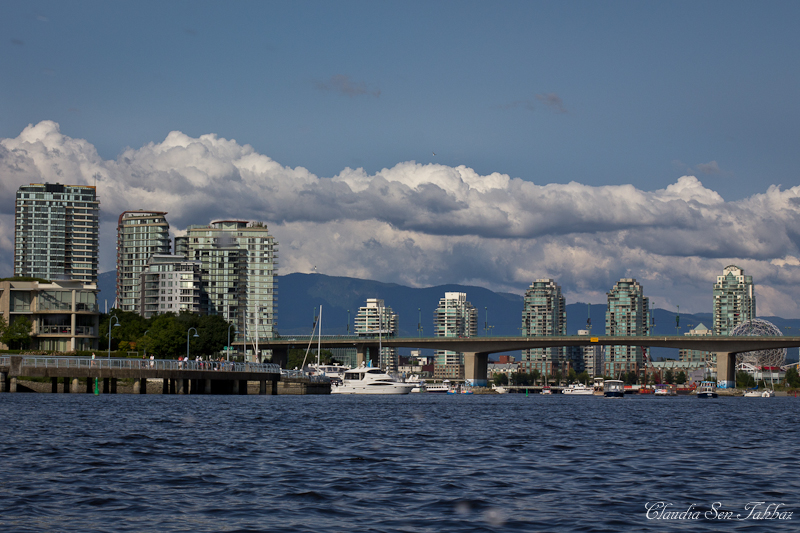 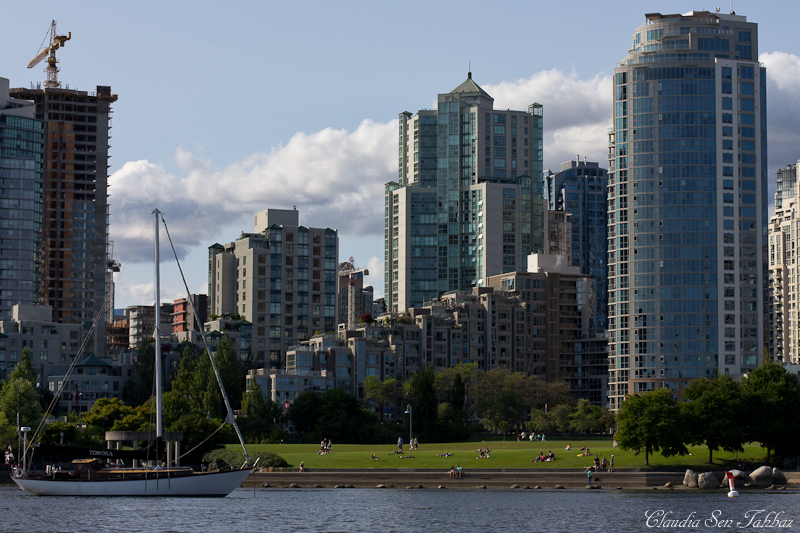 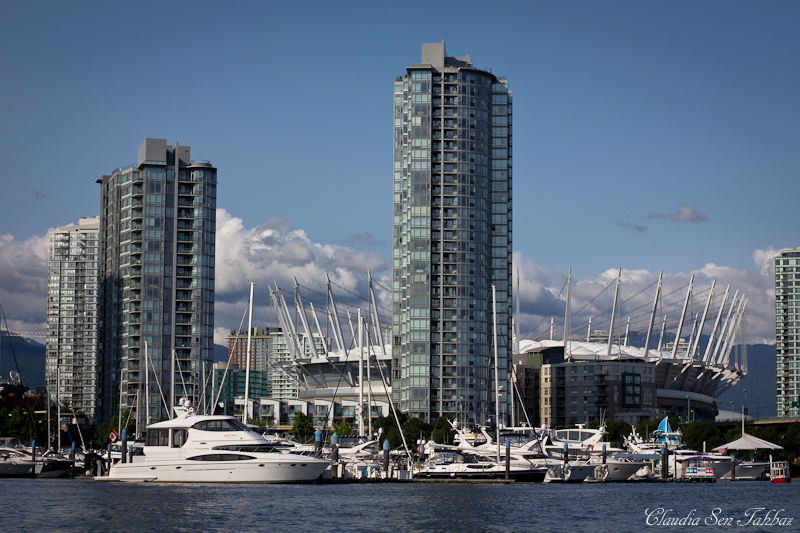 On our way back to the hotel. 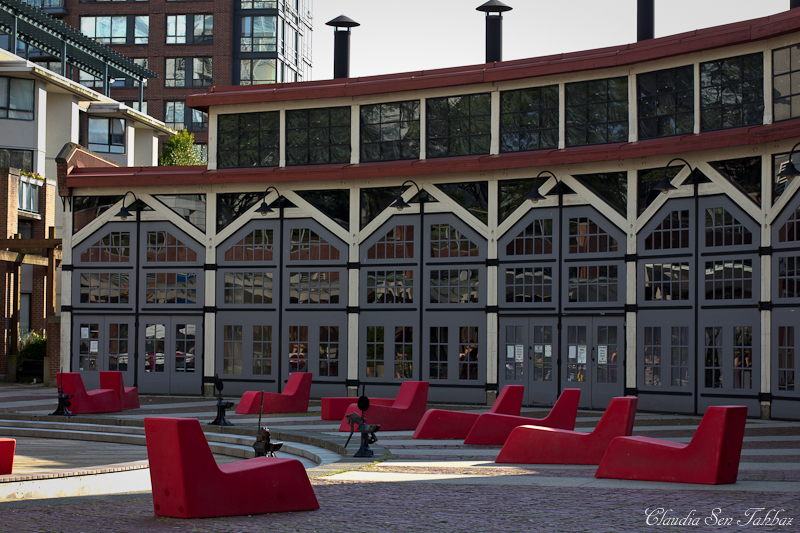 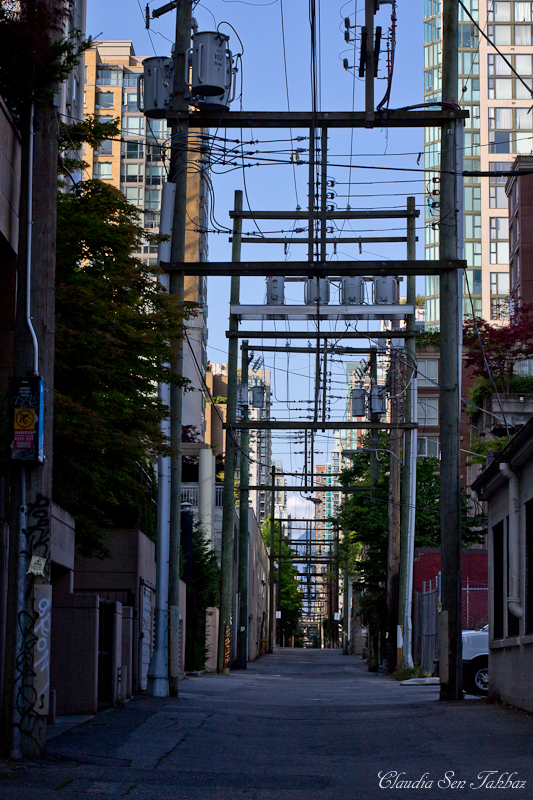 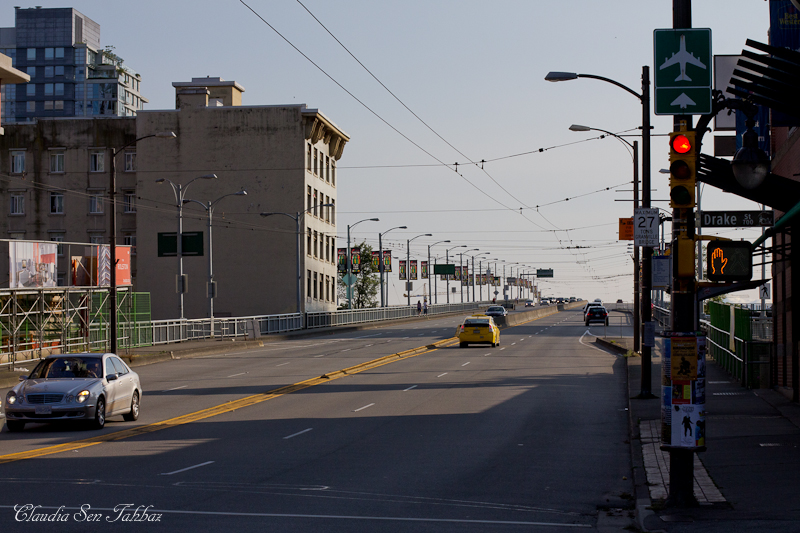